Exploitation involves an unfair relationship, in which one party benefits at the expense of another. Due to this unfairness, exploitation is a highly emotive concept, involving value judgments from different perspectives. In order to comprehend exploitation in sociological terms, it needs to be considered in this relational manner: understanding who is being exploited, why, and by whom. Throughout this entry, the key themes of exploitation will be discussed, including harmful or mutually beneficial exploitation, the role of paid and unpaid work, key theorists like Marx, and recent developments with digital technology.

Exploitation involves an unfair relationship, in which one party benefits at the expense of another. Due to this unfairness, exploitation is a highly emotive concept, involving value judgments from different perspectives. In order to comprehend exploitation in sociological terms, it needs to be considered in this relational manner: understanding who is being exploited, why, and by whom.

Exploitation can also refer to the use of natural resources – for example, exploiting a mineral deposit through mining. This often happens alongside other social relationships, including the exploitation of labor, the continuing use of “primitive accumulation” – the violent development of capitalism (Luxemburg, 2003 [1913]) and “accumulation by dispossession” – and the taking over ownership from previously public/private entities of their wealth or land (Harvey, 2005).

There is an important distinction to be made between a “transaction” as exploitative and “structural” forms of exploitation. For example, a single employment relationship may be exploitative in a transactional sense if it were taking advantage of a worker, either through paying low wages or breaking employment law. However, the exploitation could be structural if particular groups are able to take advantage of others through the unfair organization of a system (Sample, 2003).

These understandings of exploitation – that is, the taking advantage of something – might appear to be obviously negative in a normative sense. However, exploitative relationships can either leave the exploited party as harmed or involve some form of benefit as well. For example, as the economist Joan Robinson (2006: 45) once said, “the misery of being exploited by capitalists is nothing compared to the misery of not being exploited at all.” Many exploitative relationships involve some level of benefit to the exploited party, particularly when considered in the context of work.

Much early writing on exploitation focused on the relationship with trade. For example, St. Thomas Aquinas, writing in the thirteenth century, discussed the question of “whether a man may lawfully sell a thing for more than its worth” in his Summa Theologiae. This question focused on the choices of individuals within  discrete transactions. These questions of exploitation are later developed in the nineteenth century in the context of employment relationships. While these can be understood as another trade – that is, a commodity, the labor‐power of a worker, for money – it began to be theorized as more complex.

The idea began to emerge that labor was the source of all economic value (since without that labor other commodities could not be produced). For classical liberal thinkers, like Locke or Hodgskin, this is connected to rights over private property. As Hodgskin argued (1832: 24), it is “the right of individuals, to have and to own, for their own separate use and enjoyment, the produce of their own industry, with power freely to dispose of the whole of that in the manner most agreeable to themselves.” There is a similarity here with the extraction of rents by landlords from their tenants, with the capitalists earning profit from the work of their laborers. Across both relationships, one party is able to gain by taking something at the expense of the other. The basis for both of these relationships is the creation of rights of property, enforced by the state and violence, that suppress what otherwise would be natural rights.

Theories of exploitation have been deeply shaped by Karl Marx. He argued that “the history of all hitherto existing society is the history of class struggles” (Marx and Engels, 1976: 482). These struggles were between the exploiters and exploited, reaching a pinnacle under capitalism. In the simplest terms, Marx's theory of exploitation stems from the relationship of capitalist work: that workers are paid less for their labor by the capitalist than the value they produce.

For Marx, the work relationship under capitalism was therefore fundamentally exploitative. Marx's (1867) theorization of work starts from the “doubly free” nature of work under capitalism. Workers are free to choose who to work for – unlike regimes of unfree labor like slavery – but simultaneously free from any other means of surviving than by working. The work relationship therefore involves people selling their labor‐power (or their time to work) to people who own the means of production (the things needed to work). For example, factory workers sell their time to a factory owner who then puts them to work on the machinery they own. In the simplest terms, the factory owner employs workers to produce more than it costs to employ them – otherwise they could not make money.

Thus, Marx built upon classical economists like Adam Smith (1776) and David Ricardo, understanding that while labor‐power becomes a commodity, it is the only commodity that can produce value beyond its own cost of reproduction. Labor therefore produces surplus value – value beyond that which workers are paid – which is expropriated as profit by capitalists.

Regardless of which perspective is taken, paid work is clearly an important site of exploitation. However, there is a difference in understanding the extent of it or why it happens. For example, work could be understood as a normal relationship in which only the extremes could be categorized as exploitative. Similarly, international  bodies like the International Labour Organization use “decent work” standards to compare against “indecent” work – both of which would fall under the understanding of exploitation so far. The “indecent” work could involve low pay, long working hours, damaging conditions, lack of protection by labor standards, or no access to sick pay, holidays, or pensions.

One of the key differences when examining work is that it entails some kind of “ mutually  advantageous” relationship (Wertheimer, 1996: 14). Despite being exploited at work, there are benefits to workers receiving a wage – even if it does not represent the full value of what they have produced. This differentiates exploitation at work from other forms of coercion. For example, as Marx articulates with the “doubly free” nature of work, it is different from forms of unfree labor like slavery, which involve the direct and violent exploitation and subjugation of people, justified through the development of racist ideology. It is therefore important to note that coercive exploitation, whether through contemporary slavery, people trafficking, child labor, sexual exploitation, or debt bondage, continues today. These forms of exploitation, unlike with paid work, are illegal and subject to attempts to prevent them happening through preventative measures and interventions.

An important point of difference here is the lack of mutual benefit, particularly in relation to payment for part of the value appropriated. While work may be exploited, many workers would have no access to their means of survival and subsistence without work.

If there have been debates about the role of exploitation in paid work, then unpaid work has also been a site of theoretical disagreement. Many traditional or orthodox accounts of economic exploitation have considered paid work to be a central concern, with gendered accounts that have often ignored the unpaid work. This implicit or explicit sexism combines with the often hidden nature of unpaid work, as it tends to be conducted in private spaces like the home.

As feminist Marxist accounts have highlighted, this kind of invisible work is hugely exploitative, but vital to all modes of production (Vogel, 1995). This was developed into accounts of the role of unpaid labor in the reproduction of capitalism, particularly in relation to unpaid work in the household (Federici, 1975). This has been rediscovered and applied more recently as “social reproduction theory” (Bhattacharya, 2017). If the unpaid labor of social reproduction is necessary to reproduce – both day to day and in the sense of raising the next generation of workers who can then go on to be exploited – then this aspect of exploitation is both vast and incredibly important. Without the domestic labor of raising children, preparing meals, managing a household, and so on, many workers would be unable to work.

More recently, increased attention has been paid to forms of online work facilitated by the growth of digital technologies like the Internet. For example, Terranova (2000) argues that “free labor” plays a key role in the cultural economy and provides the basis of the digital economy. For Terranova (2000: 33), it is “simultaneously voluntarily given and unwaged, enjoyed and exploited.” This labor of free content production underpins much of the production of media on the Internet. This kind of relationship has been captured through Bruns's (2008) portmanteau of “produsage” to include both users and producers. In the time after these authors were writing, the role of free labor on the Internet has grown significantly, including the scale of social media platforms like Facebook, Twitter, YouTube, and so on.

For some theorists, the increase in this kind of unpaid labor denotes a broader shift with exploitation under capitalism. For example, Fuchs (2015: 45) argues that a development of Marx's theory into a “digital labor theory of value” is needed, in order to answer the question of “whether the users of commercial social media are generating value and are exploited.” As many people now spend large parts of their unpaid – and sometimes even their paid time at work – on social media, this could represent a deepening of exploitation in many ways. However, as Dyer‐Witheford (2015: 93) argues, “Facebook posting is a form of exploitation, which, without explicit violence, is nonetheless parasitic,” but it “does not replace the ‘normal’ structures of daily class exploitation … but is added to and superimposed upon them.” What this kind of unpaid labor on the Internet represents is a complication of many of the relationships of exploitation and extraction, as increasingly large parts of people's lives are spent online.

The analysis of exploitation is linked to changes in the kinds of work that people are doing – both paid and unpaid. This has historically been  mediated in different ways by technology, starting with tools and then machinery, with digital technology becoming a recent focus. The possible future directions of research and understanding of exploitation are therefore linked to how both individual transactions and structural forces change to either facilitate or reduce exploitation. 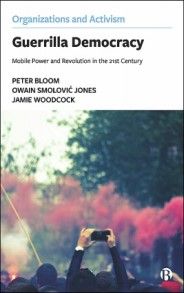